home In The Spotlight Coronado:  “A World Away”

The Coronado Tourism Improvement District (CTID) is a marketing consortium of Coronado’s four largest hotels — Hotel del Coronado, Loews Coronado Bay Resort, Marriott Coronado Island Resort & Spa and Glorietta Bay Inn. With approval from the city of Coronado, CTID raises funds through a one percent resort tax to guests staying at these four properties; this tax is in addition to the 10 percent transient occupancy tax (TOT) that visitors pay on their hotel bills. TOT goes directly into the city of Coronado’s general fund. 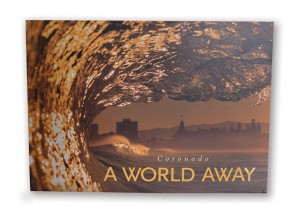 The CTID collected $1,179,266 over the fiscal year ending June 30, and will use the money for marketing to off-season group travelers.

The goal, said CTID’s executive director Todd Little, is to attract travelers to Coronado who typically do not bring automobiles but contribute to the city’s  economy through TOT and an appreciable amount of sales tax revenue.

Tourism is a significant sector of Coronado’s economy; for the current fiscal year the city is projecting roughly $14 million in TOT collections, the second largest portion of city funds behind property taxes, which are projected at approximately $24 million. 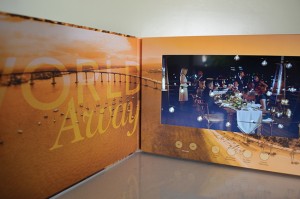 As part of its marketing efforts, CTID has created a video presentation contained in an impressive gift box that it is distributing to key meeting and incentive travel planners across the country, sometimes in conjunction with delegation visits. Group planners are introduced to the upscale Coronado destination within the San Diego destination through the theme of “A World Away.” Breathtaking aerial photography (made possible in this age of drones) and upbeat original music showcases the resort hotels’ outdoor meeting venues, the bridge, bay sports and beaches as well as the island’s shopping and history. It’s a compelling message, particularly for an incentive travel planner holed up in, say, Minneapolis, which is where (for some scratch-your-head reason) many of these planners are located.

CTID has also contributed funds to the free Coronado Shuttle, including two auxiliary shuttles to the Coronado Cays with additional funding from Loews Coronado Bay Resort, and three shuttles serving the Village. The shuttles operate during the busy summer months, offering free rides from the Coronado Cays to the Ferry Landing and Marriott Coronado. 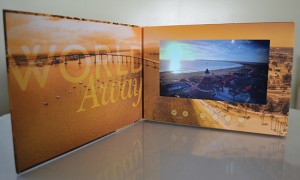 Little noted that this summer’s TOT revenues, while strong in Coronado, are relatively flat compared with last year’s revenues. A small part of the flat numbers, said Little, may be attributed to the Marriott’s renovation, which pulled rooms out of the hotel inventory. But he also noted that tourism revenues are off throughout the region, as evidenced by a drop in ridership of the popular Old Town Trolley. In turn, representatives of Old Town Trolley, said Little, suspect that SeaWorld’s declining attendance as it grapples with rebranding itself as it ends its killer whale shows, may have had significant downward regional impact. (SeaWorld’s tax payments to the city of San Diego were off  4 percent in 2015 and 17 percent in 2014.)

Pressures from “the sharing economy”

Meanwhile, Coronado’s smaller hotels — “and possibly our resort properties to some extent,” said Little — have been experiencing pressure from the growth of the “sharing economy” made possible by such internet sites as  airbnb.com, homeaway.com, tripping.com and VRBO (Vacation Rental By Owner). Coronado Municipal Ordinance 86.78 outlaws rentals of less than 26 consecutive days. But as internet sites proliferate, the city has been hard pressed to keep up with the deluge of short-term rentals. Call up “Coronado, California” on airbnb, for example, and you’ll find more than 300 listings; VRBO lists 2,157, although listings in nearby cities often include the word “Coronado,” making it difficult to trace the actual numbers. The sites all quote “per night” pricing; many do not mention the city’s 26-day minimum.

Policing is tricky: Some homes in the Country Club area of Coronado are reportedly owned by corporations rather than individuals, with stays at the Coronado properties awarded as company perks. Or, a member of a family may rent a home for a month, then have a rotation of extended family use the home week to week.

And, finally, visitors staying in private homes and apartments, whether they violate or adhere to the 26-day rule, do not contribute to the city’s TOT.