Skip to content
home Military Deployed But Not Forgotten

When Sgt. Markus Hartmann was about to leave on his third deployment, this time to Afghanistan, he and his wife, Nichole, decided to take part in a program that would keep them close while far away. 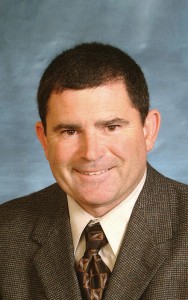 Nichole learned of the novel “Hearts Apart” photography project from a friend who lived across the country. After her initial inquiry to www.HeartsApart.org, the couple, who live in Poway, was referred to Coronado photographer Bill Sandke.

Hearts Apart provides soon-to-be-deployed servicemen and women with pictures of their spouses and children. The photographs are printed on durable sand-proof and waterproof pocket size fold-over cards, which fit securely in uniform pockets, with a selection of photos. The spouse staying at home gets a CD of all the best images.

Sandke shot Sgt. Hartmann, wearing his Dress Blue Bravos, then in his fatigues, including a flak jacket. Some shots were somber; others, with the couple together, more casual… a way to capture the essence of the soldier and his spouse in a meaningful way. 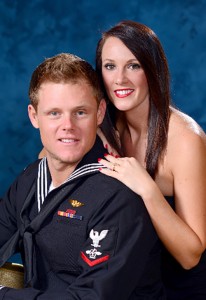 Sandke, who has photographed several service men and women, learned about the program through the public affairs office at Miramar Marine Corp Air Station.

“My own experience as a child of a deployed service member makes my participation in this program very meaningful,” said Sandke. “I remember my own father’s service including three Vietnam deployments, but I really don’t have all that many memories of my father.”