The Summer 2013 Calendar of Events is here. Look no further for your guide to exciting and entertaining must do’s for summer, from theatre to concerts to the Del Mar Fair.

Fiddler on the Roof

There’s still time to catch all the great songs of Fiddler on the Roof and meet Tevye, a poor milkman in the little village of Anetevka, who tries valiantly to keep his family traditions alive. Yet, when his daughters announce they’d like to make their own marital matches, Tevye must choose between their happiness and the beloved traditions of his homeland. 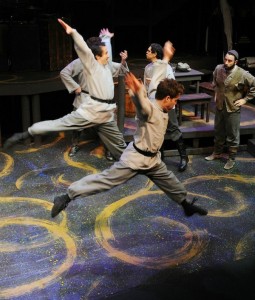 A wild theatrical ride through the Alfred Hitchcock classic is thrilling, magical and very funny.

Run away and join the circus … and be dazzled by acrobats, jugglers, clowns and puppeteers in this musical that originally appeard on Broadway in 1961, starring Anna Marie Alberghetti as Lili, an orphan. Features the song, “Love Makes the World Go ‘Round.”

How appropriate it is that Coronado Playhouse chooses to present The Tempest as this year’s offering in its FREE CLASSICS offering: William Shakespeare’s play is set upon an enchanted island. Prospero, a sorcerer and the rightful Duke of Milan, lives with his daughter Miranda on the island, where they were marooned 12 years earlier when, the duke’s brother, Antonio, and Alonso, the King of Naples, conspired to usurp Prospero’s throne. They set Prospero and Miranda adrift in a boat, and they eventually found themselves marooned on the island. Prospero, wishing to restore Miranda’s rightful place, conjures up a storm to lure Antonio and Alonso to the island. Through Prospero’s use of illusion and skillful manipulation, he reveals Antonio’s lowly nature, and brings about the redemption of the King, and the marriage of Miranda to Alonso’s son, Ferdinand. Directed by Keith Anderson. Coronado Playhouse is an intimate, 96-seat cabaret-style theatre with a full service bar, located at the north end of the Coronado Community Center,  1835 Strand Way. (619) 435-4856 or www.coronadoplayhouse.com.

10K run and 10,000 meter run on paved streets at NAS North Island begins at ends at Sunset Park at the north end of Ocean Boulevard.  Start times is

Coronado has a long and illustrious history as a centre of yaching of all kinds. Coronado Historical Association’s Museum of History and Art presents an exhibit that features historic photos and artifacts from the island’s three yacht clubs – Fiddler’s Cove, the Coronado Cays Yacht Club and, most notably, Coronado Yacht Club, which celebrates its 100th anniversary this year. Highlights include an Olympic Gold Medal in sailing won by Coronado native son Robbie Haines in 1984, a beautifully crafted wooden sabot built by a local craftsman and a touch-screen video kiosk featuring recorded interviews with longtime Coronadans about their yachting and racing experiences.

At the Museum of History and Art, 1100 Orange Ave.

At the Coronado Public Library

Lecture: Former Oklahoma Governor David Hall will talk about his career and being embroiled in the Watergate affair and the target of President Richard Nixon’s administration. He is also the past head of the San Diego Senior Olympics. 4 p.m.

The Rack of Bones trombone ensemble in concert, featuring 12 trombones along with three musicians in the rhythm section. 3 p.m.

Exhibit in the Main Gallery: Glimpses of Glamour, Photos from Hollywood’s Golden Age

Piano Concert by John Mark Harris; Harris will interpret works by Brahms, Rachmaninoff, Ravel and his own work  on the Library’s Steinway. 7 p.m.

“A Night at the Oscars” Joe Bourne sings Oscar-winning songs and other notable nominees. 7 p.m.

Summer Reading Club Party and Wild Wonders Animal Show.  “What’s for Dinner?” Find out at 3 p.m. at the Winn Room

All concerts, unless indicated, begin at 6 p.m. at Spreckels Park, Sixth and Orange.

All concerts begin at 6 p.m. unless otherwise indicated.

Concerts at the Ferry Landing

The Greatest his of the ‘80s s back and better than ever. Presented by Lambs’ Players Theatre at Horton Grand Theatre, 444 Fourth Ave., Downtown San Diego

Sister Act tells the story of Deloris Van Cartier, a wannabe diva whose life takes a surprising turn when she witnesses a crime and the cops hide her in the last place anyone would think to look—a convent! Under the suspicious watch of Mother Superior, Deloris helps her fellow sisters find their voices as she unexpectedly rediscovers her own.  At the San Diego Civic Theatre

Wednesday, July 17 is Opening Day and the Fabulous Hats contest! 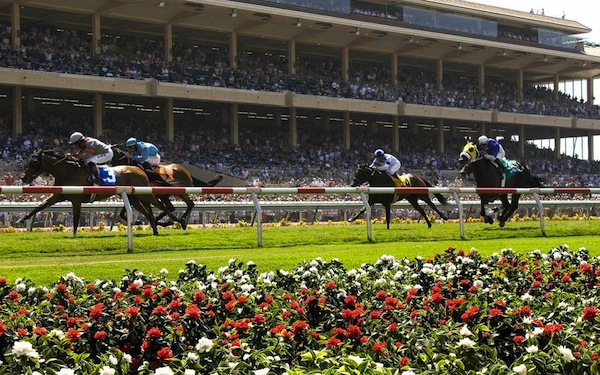