Old friends… Since 1960 the “Unconcerned Citizens of Coronado” men’s group has been meeting on Mondays for lunch, first at the former La Avenida restaurant and, for the past two decades, at Brigantine Seafood. 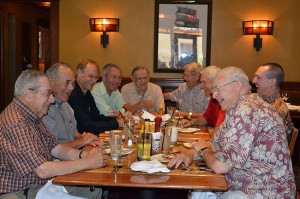 Jerry Winter, left front, and John Hartnett, right front, are two of the lunch bunch “originals” and were joined at a June lunch by friends (clockwise from left, next to Winter) Bill Green, Greg Walker, Michel Napolitano, Bill Sturgeon, Carl Turnipseed, Paul Corriere, Sr., and Paul Corriere, Jr. “It’s all about fellowship,” said Winter. “We keep up with what’s going on about town and talk about sports, politics and, now that we’re getting a lot older, health issues.” “We talk a lot about recent funerals,” chimed in Turnipseed, amid heads bobbing in agreement. “And we want to make sure we’re all still alive,” ribbed Paul Corriere, Jr., sitting next to his very much alive father. Corriere’s comment brought howls of laughter. ”Laughter,” said Hartnett. “That’s a big part of why we keep on going.” 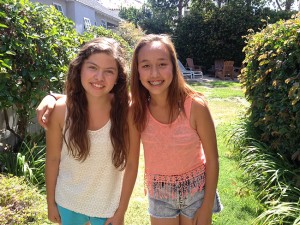 “I moved here from Japan in kindergarten and didn’t speak any English. I couldn’t understand most of what was going on, but Stefany always invited me to play anyway. She was my first friend in America.” ~ Erika Reiners (right)

“Even when there was a language barrier, Erika and I still liked to play together at recess. The rules for most of the games we liked are the same in every country.”

“Phil and my relationship started as friends. We were aware there was a chemistry that made our friendship special, but being young and dumb we worried that if we started dating it would screw it up. Ironically, that worry turned out to be the dumb part. The friendship made our relationship that much stronger. We didn’t want anything to ever jeopardize our bond as friends so we worked hard to never hurt each other’s feelings.” ~Pam Hammett

“The wonderful thing about my marriage is that Pam continues to be my greatest friend.” ~Phil Hammett 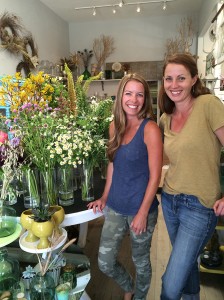 “We’ve been friends since fourth grade and have always had a balanced friendship so although we were warned repeatedly (like repeatedly repeatedly) that going into business with each other would be a quick end to it all, we did it anyway.  We promised each other from the beginning that nothing was more important than our friendship so if one of us ever wanted to jump ship, we’d buy them a life jacket and throw an awesome bon voyage party. It’s a lot more work balancing our business, marriages, motherhood and friendships than we could have imagined, so we make a sincere effort to always check in with each other’s sanity level and see how we can help.”  ~Kristie Pierre (left)

“Owning Root 75 together is really just a big crazy mash up of work and personal life. Our friendship is a major advantage in that mix. Such an advantage, in fact, that I don’t know how we could — or would want to — do this without having the friendship we do. We’re lucky that nurturing our friendship and running a business come naturally to us, but we’re persistent in consciously making the decision that our friendship is the more important of the two.  We’re also really stubborn so we wanted to prove business and friendship can exist. We really love being right.” ~Katherine Farley 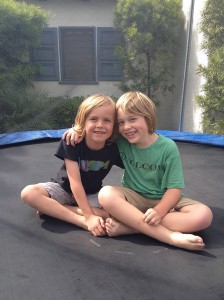 “We never have to decide what to play because we like all the same things. A lot of things that are fun to Nate are fun to me, too — like baseball. Sometimes people think we’re twins; we both think that’s funny!”

“Wilson knows things I don’t know and teaches me about them, like lacrosse. He’s just the very best friend I could ever have.” 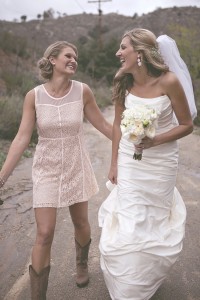 “We only met two years ago, yet Blakely is the best friend I’ve ever had because of the bond both our faith and military life has given us. We rely on each other and support each other, particularly when our husbands aren’t there to do so. I will always be grateful to her for that.”

“Being a military wife requires friendships with the depth and strength to help us persevere. It is so important to find someone who helps you to see the positive, particularly when it isn’t always that way. Lindsay and I have shared more joy and more heartaches in a year than some experience in a lifetime.”

“Twenty summers ago, I was hired as the visual art instructor at CHS whereupon I met Sandy, one of the best math teachers alive. At first glance one would not couple my paint-splotched Doc Martens with her polished Pradas, but the yin and yang proved to be an unexpected magical friendship that I will treasure until the end of time. 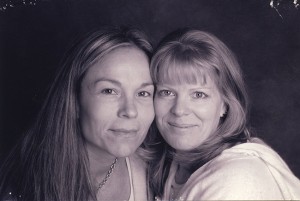 Sandy always has my back, and over the years I’ve learned just how hard this is to find. She has also taught me that cupcake frosting from scratch rules, nothing beats cashmere, and getting up at 5 a.m. the day after Christmas to shop is really a blast.”  ~Laura Hill (left)

“Friendship with Laura is amazing because she can make me laugh even during the worst of times. She loves me for who I am with no demands other than to enjoy my company. Laura has taught me to see the beauty of the world and to trust my own eye and judgment as to what that is.” ~Sandra Ellen Davis 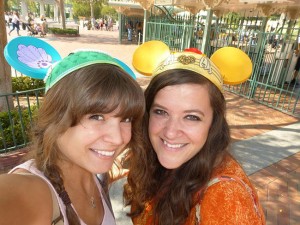 “Ruth and I met at my first job working at the Coronado Pharmacy in 2009, and we hit it off immediately. When that business eventually closed down, we followed each other to our next (and current) jobs. Even though we met through work, we’re all about play. We’re constantly fighting the inevitability of growing up. We have so many adventures and we communicate in laughter — she brings out the kid in me! ” ~Shelley Arthur (left)

“When I moved here from Oregon nine years ago it was really difficult for me to make friends. But having met Shelley, I’m pretty sure we’re sisters separated at birth. We take trips to Disneyland fairly often and have the best time, even if it’s just walking around the park drinking coffee. Shelley also lets me try out my nail art on her, which I’ve been really into the past several years. Even though we became friends at a grown-up job, we sort of nurture each other’s inner child.” ~Ruth Hengst 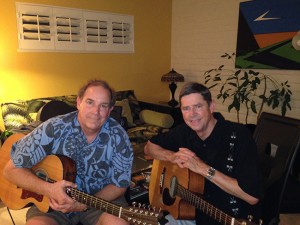 “Al and I have been good friends since before high school (CHS ’72). Of all our common interests and shared memories, our continued love of playing music together has kept our bond strong. There have been periods where we didn’t see much of each other over the years, but our friendship is such that we were always able to comfortably pick up where we left off. We still get together on a regular basis to play music, talk and laugh.” ~Dave Tugend (left)

“It’s funny what connects people and eventually turns them into old friends. Dave and I became friends in the 60’s and it was the music of our day and playing guitar that bonded us. Both have been strong threads keeping us connected over the years.” ~Al Aegerter