Navigating childhood — for both kids and parents — is often not without its challenges. But for a child with neurodevelopment disorders, learning disabilities, behavioral issues, or problems with speech or language, the day-to-day challenges of academics, social interaction and family dynamics can be even tougher.
There are a number of mental-health conditions that can affect children, including depression, anxiety, obsessive compulsive behaviors, attention deficit hyperactivity disorder and autism spectrum disorder, explained Dr. Danielle Nahas, an educational psychologist working in private practice at Coronado-based Aloha Psych Associates.
ADHD is one of the most common childhood disorders, and can continue into adulthood, according to the National Institute of Mental Health. Symptoms can include lack of focus, impulse control and hyperactivity. While these can be common childhood behaviors, children with ADHD show these behaviors more often and to a greater degree than their peers.
“Some signs that a child might need extra help include if he or she is spending too much time on homework, resisting going to school, or appears to be struggling socially or academically, said Nahas.
Parents who are concerned their child is exhibiting atypical behaviors, but who aren’t sure if it’s normal growing pains or indicative of a more significant problem, should consult with their child’s teacher or the school’s psychologist, Nahas said. Teachers and school psychologists can often tell parents how their child behaves in a school setting as compared to other students, and help determine if further support is needed. 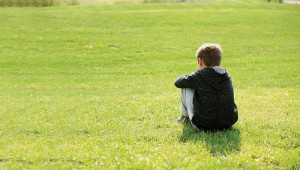 “For kids, their job is school, so that’s often how you measure how they’re doing,” she said.
If parents don’t get the answers they need there, they can consult with a mental-health professional, Nahas said.
There are a number of mental-health professionals practicing on the island. One of those is Dr. Roderick Hall, a psychoanalyst who has been seeing children, adolescents and their parents at his private practice since 1997. He also serves as the director of the child psychoanalysis program at the San Diego Psychoanalytic Center.
Hall said it’s important to note that children don’t talk about their problems the same way adults might. Rather, the children who come to him for help with anxiety, depression and behavioral issues express themselves more subtly: through play. Toys in a cedar chest, a dollhouse and a small writing desk help him tease out what might be bothering these young patients.
“Once they get comfortable, the toys become a tool that they can use to express what’s going on,” he explained.
For example, Hall talks about a child who wants to play school. The child pretends to be the teacher, and Hall the student. No matter what Hall does, the child marks up his paper with sad faces. So Hall reacts the same way he suspects the child reacts to his own academic difficulties. This opens a dialogue with the child about school, and in what areas he might be struggling.
Hall said his job then is to encourage the child to find his strengths and focus on those. “The goal is to teach them not to define their lives by their difficulties, and to be patient with themselves,” he said.
The local academic setting supports this goal, as professionals work to help children accept and work with their challenges to succeed in school and eventually in life beyond school. Brooke Scott is a special education teacher who works with mild to moderately disabled students at Coronado High School, the Palm Academy alternative education program, and Coronado Pathways Charter School. She teaches study skills, reading and writing, and general education, while also conducting academic testing needed for students’ individual education plans, otherwise known as IEPs.
“I wear many hats throughout the day,” said Scott, who works closely with about 26 students, some of whom have speech and language problems, some on the autism spectrum, some with ADHD.
The IEPs are intended as a blueprint for how each student will receive special education services, which challenges need to be addressed, and the concerns of teachers, caregivers, and even therapists outside the school setting. They also delineate any medication needs, Scott said.
Customized transition plans help students with disabilities decide what they need to do to reach their goals after high school, whether it’s to attend a four-year university or enter the workforce. Scott said, “It’s not about holding hands. It’s about helping students work toward independence in several areas of their lives. We encourage self-advocacy.”
Nahas also works with school districts to formulate education plans that meet the needs of students with disabilities. She often works with children ages 5 to 18, their parents, teachers and school administrators to develop a written accommodation plan known as a 504 Plan. Less extensive than an IEP, the plan allows for small adaptations in a student’s school day from extra time on an assignment to being allowed to take a test in a different classroom away from distractions.
“It’s underutilized,” Nahas said. “I wish more parents and professionals knew about it.”
In her private practice, Nahas said she tries to determine if a patient’s mental health is affecting schoolwork. But a child’s mental health is not just about academic success. “Some kids are OK academically, but socially they’re a little off,” she said. “So we’re able to work collaboratively on any issues they might be having, like dealing with transitions.”
In Coronado, where there is a high concentration of military families, Nahas often sees children who are dealing with normal reactions to transitioning into a new school setting, a new community, even sometimes a new country.
We look at why a child is struggling, and how they handle degrees of difficulty,” she said. “It’s important to look at how they cope with setbacks or frustrations compared to other children. If they have an extreme reaction or display changes in daily functioning or activities of daily living, such as eating, leisure or sleep patterns, for instance — they definitely need to seek the help of a professional.”
Children with mental-health issues are often prescribed a combination of medications and therapy sessions. Hall said many children are well-served by the medications, and it’s often easy to tell when they’re not working or haven’t been taken. When a medication isn’t working, pediatricians and therapists work together to find a drug that’s more effective for the child.
A child’s problems can run deeper than what appears on the surface. Hall said learning difficulties and neurobehavioral disorders often come with a mixed bag of emotions including depression. That depression can present itself as confusion, lack of focus, a quick temper, or withdrawn behaviors including long hours on the computer. Parents who clue into these red flags are wise to seek help, he said.
Children and adolescents do well in psychoanalysis because their youth works in their favor, he said.
“Kids are resilient, but they don’t just grow out of their problems. Their problems tend to grow with them,” he said. “But they don’t have as much baggage to work with. Some of the misconceptions they have about the world they can recognize more quickly.”
Still, Hall explained, the speed at which some children can recover can make it appear they don’t need further therapy, but it can take time for the new way of thinking to solidify.
“That’s one of the things I like about working with kids — they can make pretty rapid changes,” he said. “They can set their lives on a whole different trajectory than it would have been without the treatment.”