Sharp Coronado Hospital is welcoming new doctors, new technologies and a new cafeteria onto its campus in 2015. Plus, it has plans underway for a new “hospital arrival” experience. 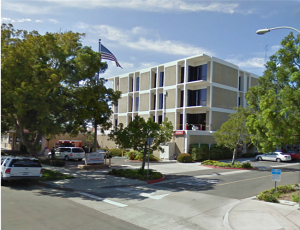 Making the hospital a dynamic, central and welcoming thread in the fabric of life in Coronado is at the heart of the mission of Sharp Coronado Hospital. The institution is a unique blend of community ownership (the land and the buildings are owned by the City of Coronado) and management by Sharp Healthcare since 1994.

Hospital CEO Susan Stone took over the reins in May 2013, following the retirement of former CEO Marcia Hall, who now sits on the hospital’s 17-member board of directors. Stone holds a doctorate in nursing from University of San Diego and while with Sharp Memorial earned an advanced certification in nursing management. Earlier, she served as head of nursing at Sharp Coronado.

The roots of the hospital can be traced back to 1926, said Stone, when nurse Maude Lancaster opened a small emergency hospital at 1111 Orange Ave. In 1938, the J.D. Spreckels Company donated the land where the Sharp Coronado campus stands today and the first hospital opened its doors on Soledad Place in 1941, following a philanthropic effort of Coronado’s citizens. It wouldn’t be the last community-wide fundraising effort.

Philanthropy, Stone emphasized, has been a solid and tenacious force by Coronado citizens who willed an “on-island” hospital into existence and have supported its vitality through continued efforts by the nonprofit Coronado Hospital Foundation.

In 1972 the present-day four-story hospital opened, debt-free, again the result of a philanthropic partnership with the Coronado community and one philanthropist in particular, the late Fran Harpst and her mother, Frances Nunnelly Goodrich-Winzer, a Coca-Cola heiress.

For the past several years, the city has joined in the philanthropy, with a two-for-one matching grant for every dollar raised by the Coronado Hospital Foundation. Last year, the foundation (with the city’s match) donated more than $1.3 million to the hospital.

Departments include Acute Care, Medical/Surgical, Intensive Care, Inpatient/Outpatient surgery and an Outpatient Wound Care Center, “In my opinion, the best in the county,” Stone said.

A transitional-care unit provides care for patient stays of approximately two weeks while they undergo rehabilitation therapy. A sub-acute care center cares for long-term patients, many of them victims of brain injury and on ventilators.

The hospital’s busiest service area is, and always has been, the Emergency Department. Now online reservations can be made for Emergency Department visits and also lab services. “For tourists and conventioneers who fall ill and don’t have doctors nearby, it’s the perfect answer,” Stone said.

In March, the hospital will open the doors to its new and improved cafeteria. A former dining area that opened onto the hospital parking lot will be enclosed as a patio space while a new entrance will feature a “healing garden” motif with lush and fragrant plantings. “It will be exceptionally beautiful, a nice serene environment,” Stone promised. The patio will feature a “living wall” of plants and a central fountain, named after the Winzer family, and Sharp Coronado’s signature nautilus shell will be embedded on its periphery. Indoor and outdoor seating will be expanded, with new interiors featuring the soft “island resort” colors utilized in the hospital’s recent upgrades to its Emergency Department, ICU, hallways, waiting rooms and Sewall Healthy Living Center.

The cafeteria will include a salad bar, deli section with sandwiches and pizzas made to order, and world cuisine and chef specialties. A self-service bar will offer healthy and nutritious food to the public 24 hours a day.

A culture of patient-centered care

Several cultural initiatives began in 2001; Sharp Healthcare introduced “The Sharp Experience,” and in 2002 Sharp Coronado aligned itself with Planetree, becoming the first California hospital to embrace the patient-centered approach to health care and be designated as a Patient-Centered Care Hospital of Excellence.

“Those two together were the driving forces of changing everything we do from the inside out,” Stone said.

Examples of the Planetree effects at Sharp Coronado is the absence of overhead paging but the occasional aroma of chocolate chip cookies baking.

All medical records are shared with patients, who are also encouraged to choose a “care partner” — a friend or family member. The hospital also offers integrative care including acupuncture, massage, clinical aromatherapy, as well as music therapy and pet therapy. “One patient, a gentleman, was unable to sleep, so we started talking to his wife about it. She told us he always slept with his pet Chihuahua, Lola. So we asked her to bring Lola in. Within minutes of Lola crawling up alongside him, he was asleep,” Stone said.

The environment is a major factor in the Planetree model, Stone explained. “We emphasize a clutter-free environment to enhance serenity.”

State-of-the-art equipment allows the hospital to be on the cutting edge of medicine, Stone said. One of the latest equipment purchases is an RSA — Radio Stereometric Analysis imaging — that provides a 3D image of a total joint replacement. The device places small opaque beads in the bone surrounding the joint, which the surgeon can then monitor for movement to assess whether the joint is properly seated. “This device, which will be installed within the next six months, will allow our surgeons to move into clinical trial arenas of orthopedic care.”

Also high on the list for acquisition is an Endoscopic Ultrasound, with a price tag of $350,000. “Once again, we are looking for fundraising to finance the purchase,” said Stone. Using a tube inserted through the throat into the gastrointestinal track, a physician can assess the health of the pancreas, liver and GI tract. The hospital’s newest physician, Dr. Mahmoud Lijan, is joining Dr. Tarek Hassenein, an internationally recognized leader in liver care, to specialize in pancreatic care.

Philanthropists continue to come through for the betterment of Sharp Coronado Hospital, Stone said. The hospital’s original entrance on Soledad Place is now the Fritz and Mary Sandermann Education Center, made possible by a donation by Mary Sandermann. “It’s a great place to meet with visiting groups who tour our facility,” Stone said. Tours have included representatives of VA hospitals, delegations from as close as Hoag Hospital in Newport Beach and hospital and nursing staff delegations from as far away as the Netherlands and Japan.

Arriving at a Town Square

Stone also points to Mike and Linda Dorn as generous donors who not only financed a program of housing 50 cars daily for employee parking at the Coronado Island Marriott, but also funded a parking and pull-through feasibility study for the hospital.

“The aim is to have you feel like you are arriving on a medical campus, or a town square, not just at a building,” Stone said. “It takes the healing experience that you feel inside the hospital and gives it to you when you arrive at the hospital.”

Initial plans include a distinctive overhead arbor, in keeping with Coronado architecture, grand enough to direct people to the hospital’s front entrance. The entrance would be upgraded with a fountain/sculpture, healing garden wall, enhanced landscaping, pedestrian walks and a two-lane drop-off area. An emergency department entrance would be separated from the main entrance, with additional diagonal parking spots. The Soledad Place hospital entrance would feature a long arbor way and landscaping including citrus trees. “It will feel very much like what we see when we drive down residential streets in Coronado,” Stone said.

Conceptual drawings by Neilsen Construction California are under review by the City of Coronado. “It’s more landscaping than construction,” Stone said of the “hospital arrival experience.” “It could happen within a year.”

•The hospital has been named a Top Performer in Key Quality Indicators by The Joint Commission.

•This February’s issue of Consumer Reports magazine rated “safety and respect” factors for 2,541 hospitals in the nation; Sharp Coronado tied for 12th place. “They matched patient safety with the respect they received by hospital staff,” Stone said.

•The hospital was certified by The Joint Commission for the last two consecutive rating periods, 2011 and 2013. (The hospital will go through another review in 2015.)

•Sharp Coronado is the San Diego County leader in number of total joint replacements — more than 1,500 a year.

•The hospital’s patient satisfaction scores have all ranked above the 95th percentile for five consecutive years countrywide. (Press-Ganey)

•Physician satisfaction has ranked above the 95th percentile for eight consecutive years. (Press-Ganey)

•The hospital has two Centers of Excellence: Joint Replacement and Hepatology