With each day comes the opportunity for a fresh start. Sometimes — either by choice or by chance — circumstances send us on different paths. Here are some ways Coronadans have taken on new challenges, new adventures and new journeys in the winding road of life. 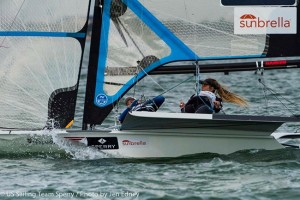 “Now that I’m an Olympian on the road to Rio I don’t think my life will be the same again. This new beginning is both the culmination of a lot of hard work as well as the start of a new adventure. It’s a huge achievement for which I am very proud. After the games, I’m sure it will be another new change to head back to college life, but also an exciting journey in its own right.” ~ Paris Henken 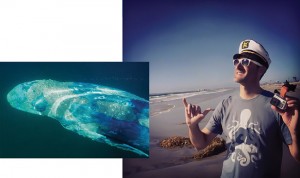 “I was out surfing with my GoPro camera at Silver Strand State Beach in September of last year, when I noticed there was an enormous gray whale swimming just outside the surf lineup. I dipped the GoPro under the water and was able to capture video of the whale, which I posted to social media sites. The video started a wave of media response including TV interviews with several local news stations, and quickly went viral internationally, being featured on news broadcasts around the world. The experience ignited in me a greater respect for our ocean’s delicate ecosystems and launched a new passion: a desire to protect our local beaches and the marine life that depends on them. I now volunteer time to local marine environmental groups such as Wildcoast and the Silver Strand Beautification Project. And I make sure to bring my camera with me every time I get in the water!” (Daron’s gray whale video can be seen on our homepage)   ~ Daron Case 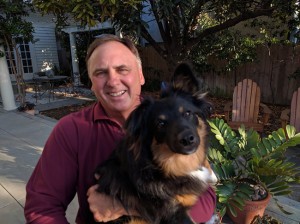 “About six months ago I cut back to one day a week at work. Around the same time we adopted a border collie mix puppy, Scout, from PAWS Coronado. I use my extra time to walk Scout morning, noon and night, so look for me walking through town with him!” ~ Jim Laslavic 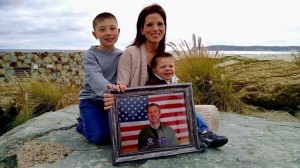 “My husband, Lt. Cmdr. Landon Jones, was a Navy helicopter pilot when he was killed on deployment in 2013. He didn’t get to meet our youngest son, who was 2 months old then. At the time, we thought Coronado was just a temporary duty station, but it quickly became a new permanent home for me and my two boys. And even though I knew being with them was so important, I had to become the breadwinner for our family. I met a man who ran a radio show called Military Mondays, where another military widow and I talked about our experiences. He asked me afterward if I’d like to work for his company, Reef Point Real Estate, as their client care coordinator — and I said yes. Ninety five percent of the clients that come in are military, and I remember how difficult it was finding housing in San Diego when we first moved here, so I find so much fulfillment in helping others figure it all out. And, I get to work from home so I still get that precious time with my children. I’m doing something I love, and I’m making headway establishing a long-term career. We’ve just settled in to a new home (I had to get out of the one where I got ‘the knock’), and we’re moving forward one day at a time. I’ve had a lot thrown at me in the last two and a half years — but it’s helped me see how strong I am. I know now that I can handle anything.” ~ Theresa Vitale Jones 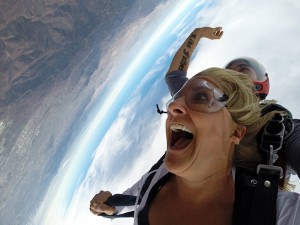 “I lost my 14-year-old son suddenly seven years ago. Living with grief is definitely a ‘new normal.’ Starting over after the loss of a child is a daunting journey to say the least. The first year was in some ways a fog; in other ways, there are memories that feel like they happened yesterday. As that fog lifted after about the second year, life seemed to have more clarity and the shallow, extraneous things that once seemed so important to me had fallen away. I focused on my faith in God, on my faith in knowing I’d see my son again in heaven someday, and on gratitude. I am a much different person than I was before he died. Now I realize how fleeting this life really is and I don’t fear failure or rejection or embarrassment or any of the dumb stuff. Our lives on this earth are just a little blip, so there’s no time to waste in living your most meaningful, impactful life.” ~ Sue Baker Shirey 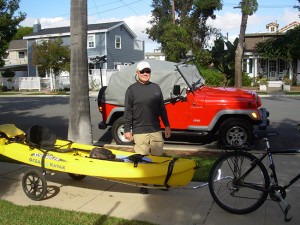 “After I retired, I spent several months of marathon reading at the beach to catch up on years of missed books. Taking in the beautiful setting literally blocks from my home, I decided to try something new and different: kayaking. In spite of several years in the Navy and a canoe outing as a Boy Scout I was not what one would consider a water person. I started out renting kayaks and doing forays into the bay, along with reading How to Kayak for Dummies. This soon developed into studying kayak types, paddles, and life vests, all of which led to the purchase of a used boat… and then a bike trailer to peddle the boat to a launch point on the island … and then to a used Jeep with a kayak rack to haul it to launch points off the island. Six years later, I’ve come full circle to peddling the bike down the Strand and paddling …. to a beach to read. I guess sometimes the more things change, the more they stay the same. And no, I don’t miss work.” ~ Ed Lohlein 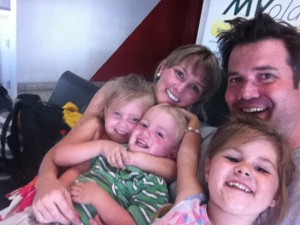 “After emerging from the despair of several miscarriages, my wife, Emily, and I adopted Macee — and were overwhelmed by the immense love we felt for her, and for the way our hearts could expand in a completely new dimension. As Macee came into the world, I heard her first shrill cries from behind a curtain in the delivery room and Macee’s brave, loving birth mom, Jessica, told the doctor she wanted Emily to be the first one to hold Macee. Moments later, I looked into Macee’s eyes for the first time — into this perfectly made, beautiful little miracle — and waves of joy washed over me. It marked the incredible new beginning for our family. Only seven months later, another gift arrived: Emily gave birth to our second daughter, Betty. And then, to our son, Jackson. And our third daughter is due any day now!” ~ Jack Kruse