A “bit of an experiment” has taken root at the San Diego Museum of Man, which seems well on its way to becoming “a museum that serves as a thought-provoking conversation starter,” said CEO Micah Parzen, Ph.D., who holds a Doctorate in Anthropology. 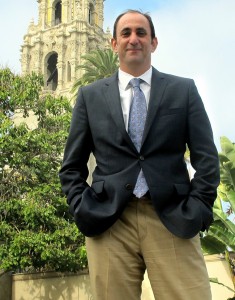 When he came on board three years ago, Parzen was faced with cutting staff and programs and the challenge of overhauling the financial picture. “We had been drawing from reserves,” he said. “Unless something changed with our financial model, we ran the risk of not being the Museum of Man.”

As the museum approaches the 2015 centennial of the Panama-California Exposition, that risk is gone thanks to a new strategic plan for finances, mission and values. And, while the business model called for being on solid footing in four and a half years, Parzen said the goal was reached in only a year and a half.

This year the reserves are back, and the operation, with a total budget of $2.4 million, is running with a surplus, Parzen noted. The museum receives about $1 million from admissions and about $300,000 to $400,000 from special event rentals, weddings, camp programs and the museum store. In addition, about $900,000 to $1 million comes from philanthropic gifts and grants.

And while finances were key to the updated plan, Parzen said, the primary focus was to define the museum’s role and to figure out how to be different from other institutions and the past.

The museum staff and board determined the answer was to direct efforts at “meaningful dialogue and discourse that matters to our community and society.” They did that by cultivating new exhibits that inspire visitors to think about their place in the world and how to make it better, he said. “We reinvented the museum. We are no longer the dusty and musty museum of bones.”

One of the first new initiatives was a contemporary panel addressing issues people are talking about and providing a different perspective than that of media, Parzen said. The initial event — held before a standing-room-only audience — revolved around a discussion of the Arab Spring, held a day after Egyptian President Hosni Mubarak stepped down in February of 2011.

Several months later, the Japan tsunami struck, and within a few weeks the museum and co-hosts from the Japanese Society of San Diego and Tijuana had pulled together a panel with speakers that included anthropologists, historians and diplomats. “People were thanking us for helping them appreciate and understand the disaster,” Parzen said. It also helped the museum staff to learn “to be more nimble,” he added. “Exhibits are behemoths — slower to come together.”

But those exhibits are the museum’s raison d’être, be they special displays such as the ones planned for the 2015 Centennial Celebration or the current “BEERology” show or the core exhibitions such as “Footsteps Through Time and Kumeyaay: Native Californians.” Each one is keyed to the museum’s mission: “Inspiring human connections by exploring the human experience.” This means making events and exhibits more interactive to help attract a new audience, people who have many other claims on their leisure time, Parzen said.

“BEERology,” which continues into next summer, has done just that through displays and beer tasting events showing how today’s brewing methods are linked to ancient Egypt, Mesopotamia, China and South America. Rex Garniewicz, chief operating officer at the museum Ph.D., who holds a Doctorate in Anthropology, Archeology, and Geology and helped put the exhibit together, said not only has it brought in San Diego’s craft brewing community, but also parents who are using the displays to teach science and culture to their children. “We have a really large collection related to beer and brewing all over the world,” Garniewicz said, noting that the staff was able to utilize many artifacts that have been tucked away in the museum’s collection for years.

While an exhibit about beer may seem a little unusual (albeit surprisingly insightful) for showing how civilization has evolved, January’s exhibit “Empowering Women: Artisan Cooperatives that Transform Communities” is a bit more traditional. It will show how women in 10 countries sold their arts and crafts to address social issues in their communities.

Meanwhile, plans are ramping up for a new permanent exhibit, “Race: Are We All So Different,” which the museum is buying from the American Anthropological Association. Parzen said he sees the exhibit, which the museum leased for a short show two and a half years ago, as a perfect complement to the 1915 exhibit “The Story of Man through the Ages.”

“That was the story of race at that time,” he said, while the new exhibit looks at race and racism today. It’s another example, he added, “of taking a topic that is often swept under the rug and saying ‘Let’s talk about it.’”

When the exhibit was here before, he said, an older woman from Wisconsin, told him she had been raised to “be prejudiced regarding people of color.” But then she told him: “I’m 86. Race doesn’t matter … I get it now.” That, Parzen said, is what he wants visitors to experience. “They should come out thinking and shaking their heads … having empathy for other cultures. It’s a means of building community.”

Another exhibit on the drawing boards and set to be ready for the centennial is called “Border Crossing.” Parzen believes it is another way to accomplish a similar effect. The exhibit will simulate what it would be like to be an undocumented immigrant, he said. Visitors would play the roll of undocumented immigrants and meet others along the way, from Border Patrol officers to “coyotes” and employers.  It would not be a political statement, but rather another way of sharing cultural experiences, he noted.

A bigger challenge — because of the age of the structure and current building codes — is the effort to reopen the California Tower to the public in time for the centennial. Perhaps the best known symbol of Balboa Park, the tower has been closed since 1935. Parzen said the staff is making progress with the city to determine what the risks, historical preservation and ADA accessibility issues are, as well as contemplating the visitor experience. They are also pursuing the funds that would be needed to update the tower, but, Parzen said, “We have a real possibility” of achieving the goal.

And while the Centennial Celebration is at the forefront, so, too, is a constant effort “to do all the things we need to do to maintain our stability.” That includes attracting “high quality people with all sorts of skills sets and expertise” to join the board and focusing on “an employee-centric” culture that Parzen said is an “intangible” for the work force. “We have people coming together to take some risks.  In the process, we have formed something that is a real success.” 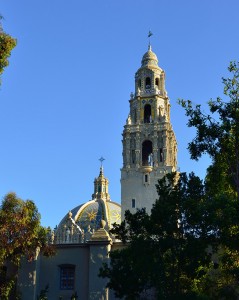 Balboa Park’s California Dome and Tower, which has been closed since 1935. The San Diego Museum of Man is making efforts to have it reopened for the Centennial Celebration next year. 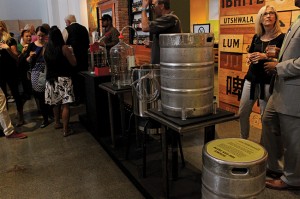 Museum of Man’s “BEERology” exhibit puts on informative and fun craft beer tasting events — one of the many efforts the museum is making to stay relevant and bring in new patrons. 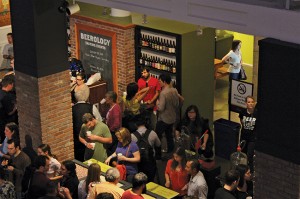 Museum-goers mix craft beer and culture at a tasting event in September. 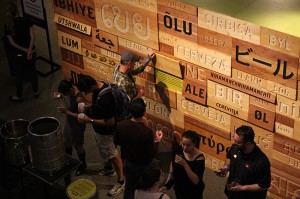 A wall at the “BEERology” exhibit, shown here during one of the museum’s beer-tasting events, spells “beer” in multiple languages and allows patrons to lift flaps and learn interesting facts about the libation. 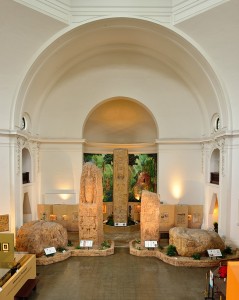 A peek inside the grand rotunda of the San Diego Museum of Man. In the back are 100-year-old replicas of giant glyph-covered Mayan monuments. 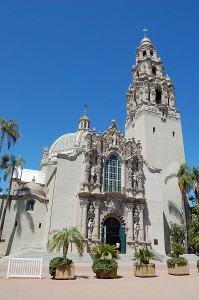